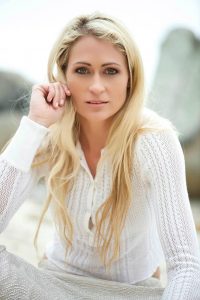 ‘Maintaining a balance in the beauty industry, takes focus, professionalism, passion and humour’

My edgy Makeup style and fashion flair has evolved over the years through my passion and profession for my craft. I have a gift for enhancing an individual’s natural beauty, combining colours and textures to radiate beauty or alter a character making anything possible.

I’m a good communicator and a versatile artist which has contributed to a successful and exciting career. I started in the film industry in 1999 and have grown through my career using the combination of stills, fashion and advertising resulting in a great balance for my attention to detail and the quick pace that I enjoy.

After having qualified Internationally as a Cosmetologist, specializing in FX Prosthetics and Body Painting at the South African Hair and Make-up Design college in 1998, I joined the Film industry based in Johannesburg. A year later I decided to branch out to the UK. I further accomplished my passion in hairdressing and completed an intern-ship with Tony & Guy after 3 years as a qualified hairdresser.

As beauty formed the basis of most of my business, I was presented with a great opportunity that drew me into working as a Makeup artist for Beauty Consultants Bureau – UK. I also worked with their top brands, Estee Lauder, Elizabeth Arden, Clarins Paris, Helena Rubinstein, Chanel, Dior, Yves Saint Laurent, Revlon, Mac, and Benefit. As a result, I then went on to manage a MAC cosmetics store in Kings Cross UK for 1 year.

Taking a refreshing turn to London’s West End, I worked on one of the most famous stage productions, ‘Les Misérables’. There I had been contracted as the lead actors personal make-up artist and hair stylist for 6 months. I also trained under the traditional English theatre wig department making, dressing and setting 14th century period wig replicas. The replicas included beards, side burns, moustaches, and so forth for full production casts. Since then theatrical wigging, weaves and human hair extensions have become a favourite part of my work. I’m also one of the very few hand knotting wig makers available in SA.

Now back in South Africa I have worked on many features, commercials and magazines. Internationally accomplished as a Professional Makeup artist and hair stylist, I am both based in Cape Town and in Johannesburg. My work has been featured on the pages of some top magazine titles and alongside SA’s top photographers and stylists. In addition, have been requested globally to travel on local and international away-shoots to India, Brazil, USA, Australia, London and Mozambique. This was for brands Estee Lauder, Revlon, Elisabeth Arden, Clinique, L’Oréal, Paul Mitchell. Levies, Terry Mugler, TIGI – TONY&GUY, Elle India fashion Magazine, Elle SA, VISI, Cosmopolitan. Luna, Asiana, Oprah, Fair Lady, Style, Equinox, FHM, Glamour, Destiny, Marie Clare, Sarie, and Woman & Home.

Over the 20 years of my experience, I have been deeply involved in all aspects of hair styling & the beauty industry. From Feature Films to Advertising campaigns, Stills Fashion, Catalogues, Music videos, Live Events, Commercials and TV. I am now freelancing and continue to love the industry. I am also a proud South African Business owner – Creative Director and Image Coach, to MONARCH Inc. A personal image branding agency for Celebrities, Bands, Models & Actresses.

Some of my film clients include:

In the fashion industry I have collaborated with Levies, Woolworths, Marks & Spensors, Edgars, Truworths, Foschini, and YDE.

I have done hair and Make-up for car companies’ advertisements, such as Mini Cooper, Smart Car, Hyundai, and BMW.